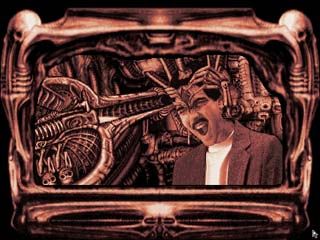 Michael Dawson is a game programming author and instructor who teaches students the art and science of writing their own games. Mike has developed and taught game programming courses for UCLA Extension, The Digital Media Academy, and The Los Angeles Film School. In addition, his books have been used in colleges and universities across the country.


Mike Dawson stars as Mike Dawson in the
game Darkseed. (No stunt double was used.)

Mike got his start in the game industry as a producer and designer, but he also "starred" in an adventure game where the player controls the main character, named Mike Dawson.  In the game, the player directs the digitized images of Dawson, who must stop an extraterrestrial invasion before an implanted alien embryo is born from his head.

In real-life, Mike is the author of Beginning C++ Through Game Programming,  Python Programming for the Absolute Beginner, C++ Projects: Programming with Text-Based Games, and Guide to Programming with Python.  He earned his bachelor’s degree in Computer Science from the University of Southern California and is represented by the literary agency LaunchBooks.